Jabalpur, popularly known as "sanskardhani" is one of the largest cities in the State of Madhya Pradesh. The city is located in "Mahakaushal" region in Central part of India. The town of Jabalpur is fast emerging as a tourist destination with its rich cultural history, innumerable places of interest and sightseeing options. A day trip would seem to be too short to get the full experience of the city. There is so much to explore from historical monuments to water-fall, rivers and hills for any traveler. Jabalpur is regarded as the most favorable city for tourism in Madhya Pradesh. 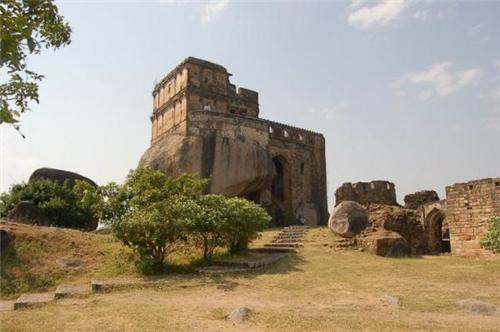 History of Jabalpur is interesting and full of events. Right from ancient periods to medieval and modern period the city witnessed many important events. Change in ruling dynasties have enriched the cultural traditions of the city. A walk though the lanes of history is necessary to understand the healthy evolution of the city of Jabalpur.

Origin of the name

If one checks the historical records, the name of the city is recorded as "JABALIPATTAN". However, on the other hand it is also said that Jabalpur is derived from two words, one is Arabic word Jabal which means Mountain pointing towards ancient trade connections with Arab countries and the other is Sanskrit word Pura which means City. Therefore, the city is called Jabalpur meaning the Mountain City. Another belief, on the origin of its name says, since Jabalpur was tapasya bhumi of Rishi Jabali, the name of the city has been derived from his name.Earlier, during the British Raj, the city was known as Jabalipuram. The name reflects influence of Arab traders who had visited the city in Middle Ages. It was alsoknown as Jubbulgarh, later was changed to Jubbulpore and finally to the simplified Jabalpur.

The name of Kalachuri dynasty is used by two kingdoms, who ruled from 10th-12th centuries. The first ruled over areas in Central India and were known as Chedi or Haihaya and the second ruled over some parts in Karnataka. The foremost ruler was Raja Bamraj Dev who ruled from c. 675-800 CE and made Tripuri as their capital. The earliest Kalachuri family ruled over Western Deccan, Malwa and Northern Maharashtra. Krishnaraja, Shankaragana and Buddharaja were the three famous members of
Kalachuri dynasty. 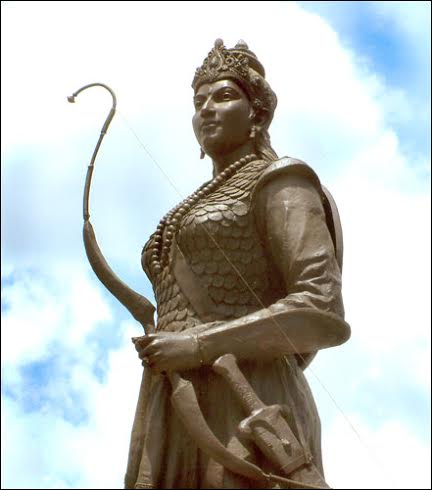 During the 13th century, the Gonds took over Tripuri and made it their capital. The history of Gondwana is deeply connected with princes of Haihaya people. Madan-Mahal was named after Gond Raja Madansahi of Mandla who ruled from c. 1138-1157 CE. Maharaja Sangramashi expanded his power to nearly 52 districts in 16th century CE. He ruled for almost 52 years and this time is recorded as golden era in history of Garha-Mandla region. The painting of Maharani Durgavati made by Beohar Rammanohar Sinhalies in Jabalpur's Shaheed-Smarak. She was the daughter-in-law of Maharaja Sangramashi and she ruled from Singaurgarh fort, which was quite close to the Garha, later known as Jubbulpore.Raja Hridaysahi was the next prominent king after Raja Sangramsahi. He too ruled for a long duration of 52 years. Nizamsahi was the last Gond ruler and after him the Marathas took over.

The Marathas Rule in Jabalpur

Mughal Empire didn't gain much supremacy and even the Gond administrators too remained independent after Raja Hridaysahi. After their subjugation by Maratha governors,the place was named Jabbalgarh.

The Beohars Rule in Jabalpur 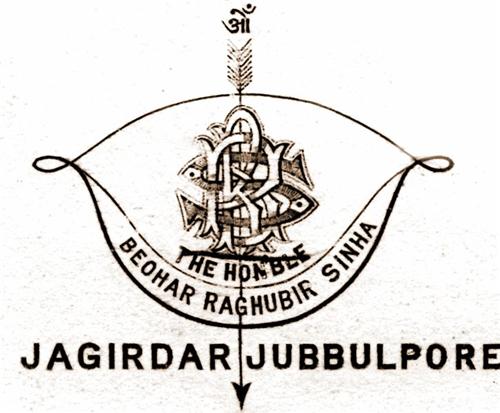 The Beohars, referred to as Jagirdars managed not only the internal affairs but the inter-state relations of Jubbulpore. They safeguarded the region since the Kalchuri dynasty i.e. c. 945 CE. At the time of peace, the Beohars looked after the state's traditions and during war; they became knight-commanders or Sardars. They were provided salutation as Rajman-Rajeshri. The foremost progenitor of Beohars was Amatya Golok Simha. Beohar-Palace, the seat of Beohar Dynasty since the 17th-18th century is still there in Jabalpur.

In the 18th century, the Britishers made Jabalpur the capital of Sagar and Narmada territories. However, it became infamous due to the Thuggee murders. Later on, the Southern Army divisions were established here. And, Jabbalgarh was changed to Jubbulpore.Gadadhar Tiwari attacked the European superiors at Juppulpore cantonment which led to the open revolt in the city. The movement was short lived; however, the Britishers were strongly affected by it. They got short of supplies and were besieged in the Agency Mansion along with other women and children. Gond Raja Shankarsahi and Prince Raghunathsahi contributed in 1857 movement. They were later arrested and put in jail; the jail still exists next to DRM office.

The year 1933 marked the longest stay of Mahatma Gandhi in Jubbulpore. He stayed at the Beohar-Palace of Beohar Rajendra Simha. The other people who accompanied Gandhiji were Jawaharlal Nehru, Ravishankar Shukla, Vallabhbhai Patel, Mahadev Desai and many more. The AICC/CWC meeting was held at the Beohar-Palace. Kanu, Bapu's grandson too stayed with him at Beohar-Palace at Sathia Kua near Hanumantal. The descendants of Beohar-dynasty have still preserved Gandhiji's memorabilia of his stayat The Beohar House in Beohar Bagh.
A large number of freedom fighters became followers of Gandhiji's three S- movements and the freedom struggle. They eagerly gave up their comforts and were ready to gothrough the tortures in long jail sentences. Some of the fighters from Jubbulpore were Beohar Rajendra Sinha, Seth Govind Das, Dwarka Prasad Mishra, Sitaram Jadhav and many more.

The urn containing Mahatma Gandhi's ashes was immersed in holy River Narmada by Beohar Rajendra Sinha, Seth Govind Das, Pt. R.S. Shukla and others on 12th Febuary'1948at Tilwara Ghat. In 1950, Pandit Ravi Shankar Shukla was declared the first Chief Minister of a Congress led Government. Bhopal, Madhya Bharat and Vindhya Pradesh were all merged in Madhya Pradesh in the year 1956. At the same time, Jubbulpore was also changed to Jabalpur. However, despite all these linkages, Bhopal was made the capital of Madhya Pradesh.

Today Jabalpur stands as one of the fast developing cities of Madhya Pradesh. Due to its cultural heritage and beautiful locations it is attracting tourists and visitors from and wide.