Art and Culture of Jabalpur

Jabalpur is considered as one of the culturally rich regions of Madhya Pradesh. There are a number of communities residing in Jabalpur. These communities are different in their heredity, cultural traditions and lifestyle. They also follow diverse social customs, religious beliefs and each of them have a unique economic structure. They differ in their language and speech as well.

The people in Jabalpur are artistically inclined and culture oriented. The languages spoken by well educated people include Hindi and local variants of the same language. The people who are well conversed in English. Listening to local Radio is one of the favourite pastimes for the population of the city. Lifestyle in the city is considered to be moderate and relaxed. Generally, the residents wake up early in the morning and leave for work however, the evenings are reserved for family dinner and a hearty conversation. 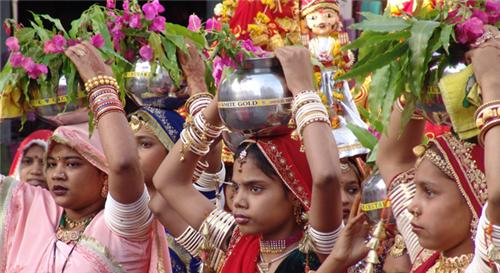 The festival of Dussehra is celebrated with full pomp and grandeur and is the most photographed festival of the city. The preparations start from one week in advance. Diwali is another festival which people celebrate and it is enlightening to see the city drenched in lights. People decorate their homes with bright colored Rangoli and diyas. Another festival called Holi is festivals of color and is enjoyed by different age groups alike.


Folk Songs and Dances in Jabalpur 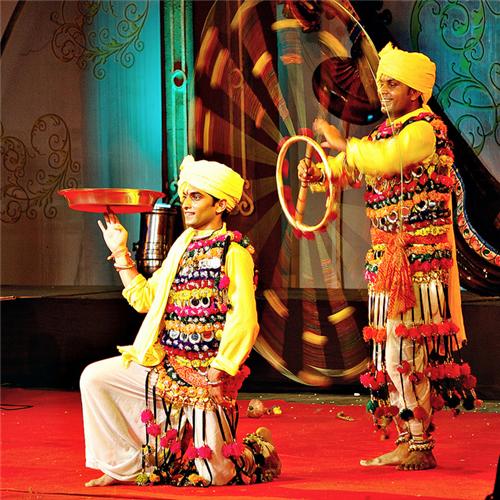 Even though in modern times, the young generation prefer to listen to Bollywood and Hollywood songs, however the sweetness and nostalgia of folk song still remains the same. The folk songs can be enjoyed in full fervor during the festival season as well as special occasions. Popular dance forms of the city are Matki, Phulpati and Giridaand. Nomadic ethnic groups are the ones who practice these dance forms. The groups are also called Kanjars and Banjaras. It is a beautiful sight to see women dancing with earthen pitchers and balancing them on their heads. There is music of dolaki or drum as well to provide a background to the dancing women. The old folk songs and dance forms are enjoyed even today and they hold a very special relevance in the lives of people of Jabalpur.

The people of the city celebrate almost all the major festivals with fervor and geity. There is an environment of happiness and celebration all round during the festive season. People in Jabalpur go out for shopping new clothes for wearing in festivals, different varieties of food and snacks are cooked for the entire family and for distribution among relatives. Another main attraction during the festivals are the fairs as well as cultural festivals which are held all over the city. Even though the city is growing to the latest trends and it's complete outlook has undergone a transformation, however the people stick to their traditional values. Tourists can enjoy these festivals as people of Jabalpur celebrate them with all social customs.

The main population around Jabalpur and it's surrounding region is the Gond tribal community. These tribes are also known for its peculiar style of folk dance and they perform them on the occasion of cultural events and festivals. Apart from these major festivals, other prominent festivals celebrated in the city are Makar Sankranti and Bhai Dooj. There are different cultural activities in the form of songs, folk dances, worshiping as well as praying during the festive season. The people of the city gather at a common place and that is where these dances are performed with the traditional musical instruments. A large number of people from different parts of Madhya Pradesh also visit Jabalpur to become a part of these cultural activities.


Art and Craft of Jabalpur 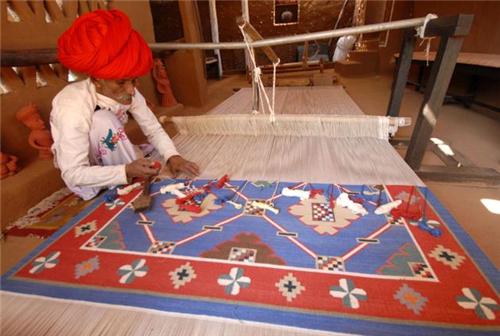 The art and paintings in Jabalpur are closely linked with culture of the city. The state of Madhya Pradesh is known for its rich cultural lineage. Durry designing is an important crafts of Jabalpur. These durries are flat carpets which are very prominent in Jabalpur and are available in all kinds of designs. These durries are made up of woollen fabric or thick cotton and the old method is used in making them. There are beautiful patterns and colors on the durries and the women of rural regions are involved in the process of durry designing.

In Jabalpur, women can be seen wearing saris and salwar kameez. The saris carry a colorful design and have beautiful patterns made on them. However, as the foreign culture is making its way in the city, the young girls can be sported wearing churidars combined with tight kurtas. The men prefer to wear shirt and trousers and they also wear traditional at tires on special occasions and festivals.

Jabalpur holds an outstanding position in Sanskrit literature. The city is noted for its three romantic dramas and is the intellectual and cultural capital of Madhya Pradesh. It is the historic heart of Hindi literature and is also a prominent regional education hub. Vedic literature is an important literature which many people prefer to study in Jabalpur. The city has been home to many musicians and famous personalities.