Jabalpur is located on Varanasi-Nagpur NH-7. It is one of the major cities in the state of Madhya Pradesh. During the ancient times, Jabalpur was popularly known as Jubbulgarh, however during the British era, the name was changed to Jubbulpore and presently it is called Jabalpur. Well known for its world famous national parks, architectural heritage and historical structures like Rani Durgawati Memorial, Madan Mohan Fort and Chausat Yogini Temple, the city is also called “city of rocks”. Travellers can enjoy Tiger Reserves of Central India as well as scenic beauty of water fall, hills, rivers and ponds. Bhanwar Tal, Balance Rock, Dev Tal, Gandhi Bhavan, Pisan Hari ki Madia and Tripuri Smarak are some of the places to visit in Jabalpur.

Jabalpur is well known to be a city with rich history and culture. The history of Jabalpur dates back to the Stone Age. The holy river Narmada finds mention in literature as old as 5000 B.C. Numerous ancient discoveries are also preserved in Rani Durgavati Museum. Jabalpur is a land of historical diversity and a number of prominent kingdoms like Mouryas, Guptas, Hahayas, Rashtrakuts and Satavahans have ruled over it. 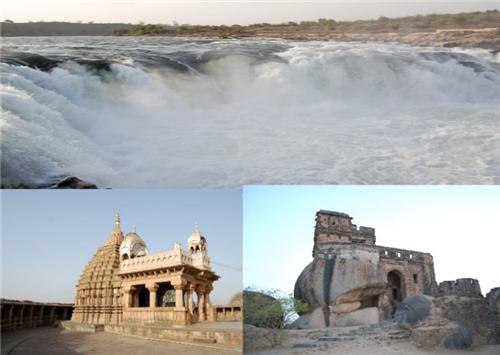 In ancient times, the city was also known as Tripuri kingdom and later on when it was seized by the Gonds, it became part of Gondwana kingdom. The Mughals were the next to rule over Jabalpur. Over a period of time, Marathas too were fascinated with the rugged terrain of the city and decided to occupy it. The Britishers made Jabalpur the capital of Saugor and Nerbudda Territories. Henceforth, Jabalpur imbibed different qualities of each ruler and developed as a multi-religious and multi -cultural city.The famous Hindu sage Jabali had made Jabalpur as his tapasya bhoomi, from whom the name of the city has also been derived.


Geography and Climate of Jabalpur 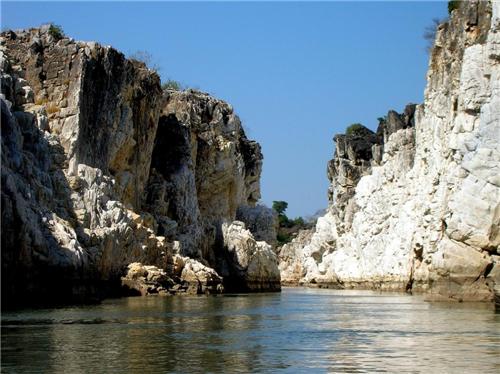 Undoubtedly, landscape of Jabalpur is very picturesque it provides a perfect setting for movies. The city is a preferred destination for Archaeologists and Geologists. The three main rivers which lie in the city are Narmada, Vanganga and Hiran. Jabalpur experiences humid subtropical climate. The summer season is from March to May. June is considered to be the hottest month. The temperature rises up to 47º C and the weather becomes very dry and humid. The monsoon season is from June to September. Jabalpur receives heavy rainfall, which makes the weather very pleasant. It is also the ideal time for sightseeing. There are a number of water bodies like lakes, reservoirs and ponds which come alive during the rainy season. The best time to visit Jabalpur is from October to March as the weather too is pleasant. In winters, the temperature varies from 29° C in the day to 8º C in the night.


Places to Visit in Jabalpur

Being one of important part of Madhya Pradesh, Jabalpur has everything that qualifies it for being a tourist destinations. From free flowing beautiful lakes to waterfall and historical monuments it has all to amuse the visiting tourist. There mare many sight seeing locations in and around Jabalpur and are enough to make the holiday both enjoyable and memorable. 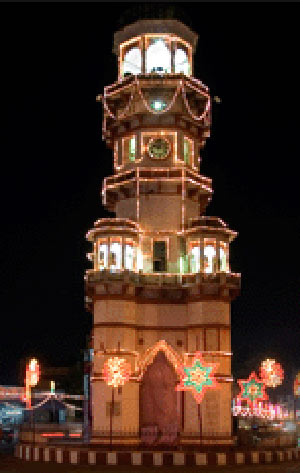 Jabalpur is known for its cultural diversity. The people of Jabalpur are very religious and actively celebrate all the festivals with opulence. The annual cultural festival called Tarang is a platform to celebrate the power of youth as well as to inculcate cultural interest among students. Just like other parts of India Holi, Diwali, Dusshera, Ram Navmi are celebrated across the city with much fanfare. Equally popular are Id, Bakrid and Christmas in the city. Karma is one of the locale festival of the region. The festivals in Jabalpur are celebrated with various dance forms like the Gond, Phulpati, Giridaand and Matki Dance forms. The Gond dance form is also known as Karma and is celebrated in August. The dance is associated with fertility. The nomadic ethnic groups, Kanjars and Banjaras perform these dance forms. 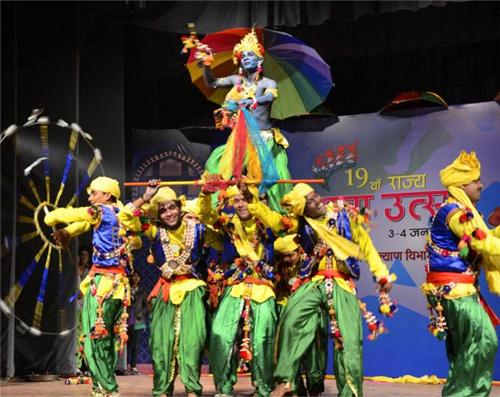 Art & Craft of Jabalpur clearly depicts the rich culture of the place and its people. The work of durry designing is the most prominent art among the women here. There are a variety of durries available in different patterns and colours. TARANG is one of the most famous cultural festival of the city. The annually held festival is a major attraction and a crowd puller in the city of Jabalpur. In the annual event didferent types of cultural programs are held with the aim to make the present generation aware about the different cultural traditions of the region.

Jabalpur is well connected by all modes of transport i.e. train, air and road. There are flights which operate from all major cities to Jabalpur. The Dumna or Jabalpur airport is located at a distance of over 20 kms from the heart of the city. To travel to the city one can hire a pre paid taxi or auto rickshaw. West Central Railway headquarters are located in Jabalpur, therefore the city is easily reachable from all major states like Delhi, Mumbai, Chennai, Kolkatta to name a few. One can catch super fast or express trains to reach Jabalpur. The Jabalpur railway station is considered to be the main station, however, Madan Mahal station serves the inter city connectivity. 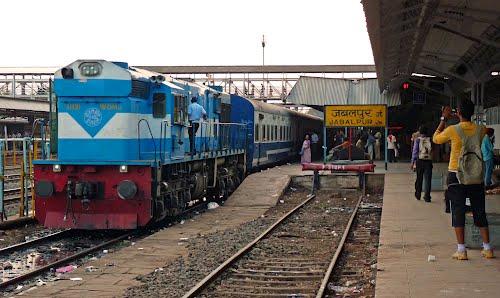 There are two main National Highway no. 7 and 12 which pass through Jabalpur connecting the city to other states. Hyderabad and Bangalore too are connected to Jabalpur via road. The buses are very comfortable and one can choose from luxury to sleeper and air conditioned to non air conditioned buses. There is a frequent service on a daily basis, both ways to Indore, Bhopal, Raipur, Nagpur, Bilaspur, Varanasi And Amravati.

Jabalpur is an ultimate shopping center since ages. The old bazaar offers variety of handicrafts as well as ethnic collection whereas there are numerous shopping malls for both high end and budget travelers. One can choose different commodities ranging from stuffed toys to jute crafts, chanderi and maheswari sarees and dress material with zardosi embroidery. Mrignayani, the government emporium is a must visit. The noisy chowks and galis offer some local and cheap goods.


Jabalpur At A Glance